Firstly, please accept our apologies for the lack of site updates over recent weeks. We continue as ever to work towards our goals. The world has changed immensely over the last few months. Like many others, we have faced new and expected challenges and have needed to adjust to new ways of life.

Despite this, the last couple of weeks have been among the busiest and content-rich this server has seen. Although, ultimately, we’re behind on schedule, we’ve continued to bring non-stop updates to the game and edge ever closer to release. More on this soon…

The Open BETA test continues to run and has been wildly more productive, fun and exciting than we could have possibly imagined and that is most part due to the brilliant community which has come together to help us make this a reality. So from our team, a massive thank you to everyone who has taken part so far.

Right now the game is in great shape and without a doubt the closest English Official Mir 2 Replica in existence, and we’re incredibly close to realising our dream of bringing the authentic game experience back, and this time to stay. Here is the complete updates-list, applied since we last posted here: 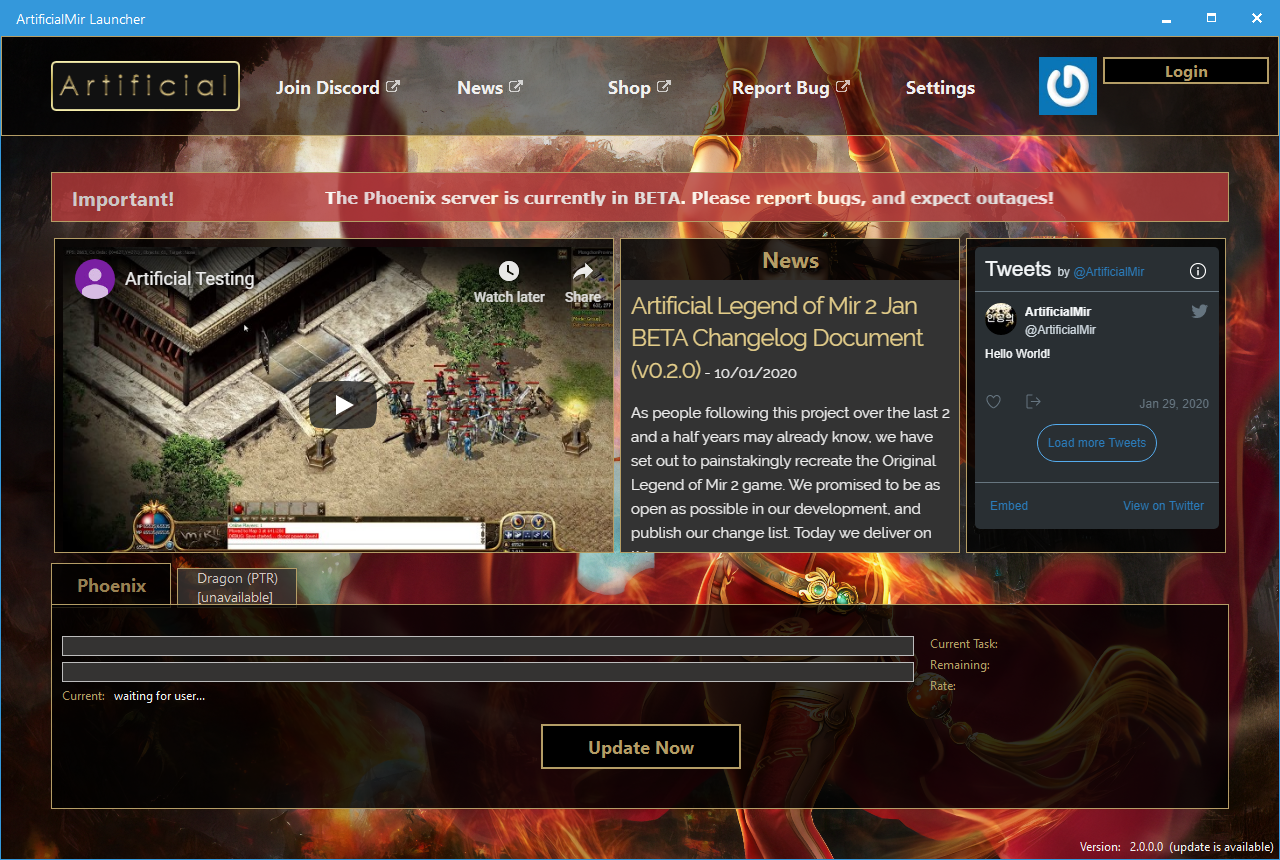 The new (beta) launcher is now available on http://www.artificialmir.com/downloads/

To follow the up-to-date changelog we highly recommend you join our Discord Server at https://discord.gg/kXw9dDm .